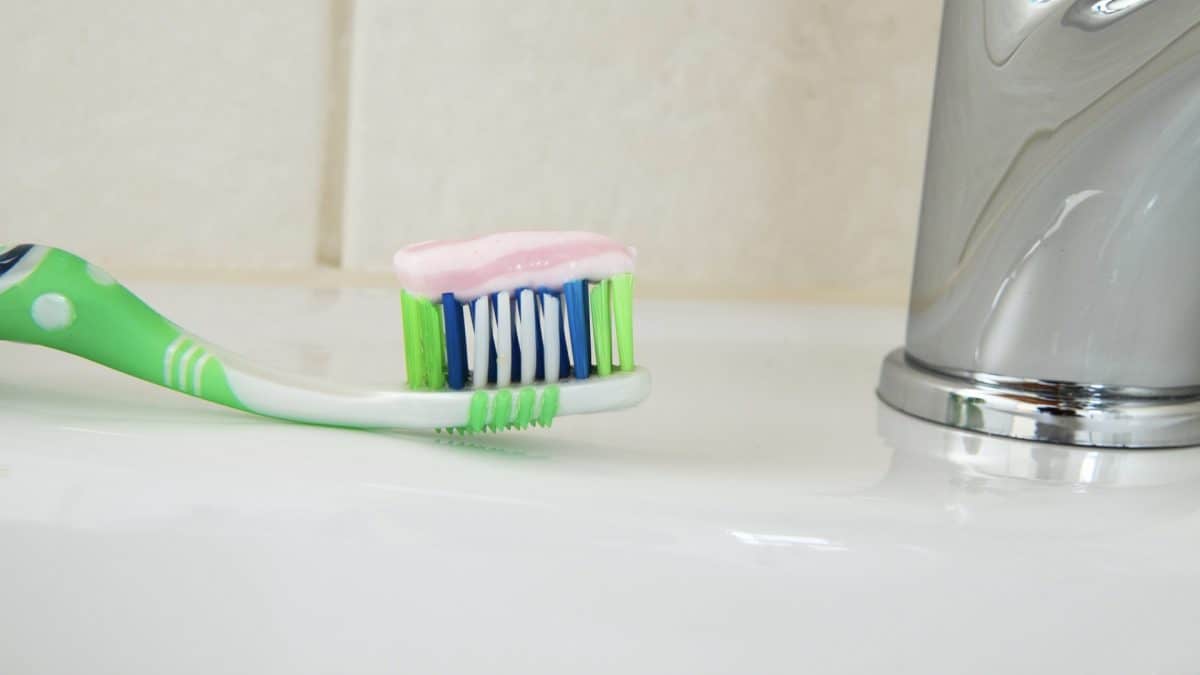 Just because the sodium lauryl sulfate in toothpaste doesn’t cause cancer doesn’t mean it can’t cause problems.

Sodium lauryl sulfate (SLS) is a common detergent used in toothpaste. It was featured in a famous Internet hoax nearly 20 years ago. Colgate toothpaste contains SLS, which was supposedly proven to cause cancer, but at least buying Colgate rather than Crest, manufactured by Procter & Gamble, didn’t support Satan—or so claimed another famous hoax that alleged that “a large portion of the profits of Procter and Gamble products goes to support the Satanic Church.”

The hoax that SLS in toothpaste and hair care products was linked to cancer became so widespread the American Cancer Society was forced to publish a response to shampoo-poo the link. Read the organization’s “Debunking the Myth” article, “Radical chain e-mails have been flying through cyberspace stating Sodium Lauryl Sulfate or SLS, a common ingredient in many health and beauty aids, is known to cause cancer. This is not true, according to researchers.” So, I just ignored it all these years, until I was doing research on canker sores, those painful, shallow, gray ulcerations you can get inside your lip or cheek, also known as aphthous ulcers. They can often be set off by trauma, like when you accidentally stab yourself with a toothbrush, so it’s recommended to try not to bite your lip and to avoid SLS-containing toothpaste—not because of cancer, but because of irritation. That at least makes a little more sense. Why would a detergent, a soap chemical, be carcinogenic? Though, you could imagine how SLS, theoretically, could at least dissolve some of the protective layer from the inside of your mouth. So, I decided to look into it, as I discuss in my video Is Sodium Lauryl Sulfate Safe?.

Although SLS has been used as a foaming agent in toothpastes since the 1930s, our story begins 25 years ago with an abstract presented at a conference on the possible effects of SLS on recurrent canker sores. Researchers took ten men and women getting more than one sore a week, nearly 18 on average over a three-month period, who had been using a regular SLS-containing toothpaste, and switched them to an SLS-free toothpaste for another three months. The subjects went from 18 canker sores down to around 5—about a 70 percent decrease. The researchers thought the SLS was adversely affecting the protective mucus layer that lines the mouth.

You always have to be cautious about published abstracts, though. You should always make sure that researchers actually go on to publish their findings in a peer-reviewed medical journal. And, indeed, in this case, they did. So we can confirm they conducted a double-blind study and used the same toothpaste, one with the regular concentration of SLS and the other SLS-free, but still with just ten patients. Though it was considered a preliminary study, it apparently had such a dramatic effect that a series of experiments were performed to see what might be going on. Researchers simply applied some SLS at the concentration found in toothpaste onto someone’s gums with a Q-tip for 90 seconds and measured the spike in blood flow to the area, a sign of inflammation, presumably because the detergent was penetrating and irritating the gums, as you can see at 3:06 in my video. But does it actually damage the tissue?

Researchers smeared some toothpastes on the gums of some dental hygienists for two minutes twice a day for four days, and although the SLS-free toothpaste didn’t cause any problems, the ones with the typical amount of SLS caused “desquamation” among most of the participants—in other words, a sloughing off or peeling of the topmost layers of the inside lining of their mouths. No wonder SLS might make canker sores worse.

If you go back to the original American Cancer Society source debunking SLS as being cancer-causing, the response was that SLS is not a known carcinogen—it’s just a known irritant.

What about the non-SLS foaming agents? I discuss them in my video Is CABP in SLS-Free Toothpaste Any Better?.