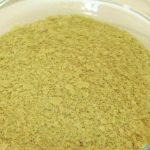 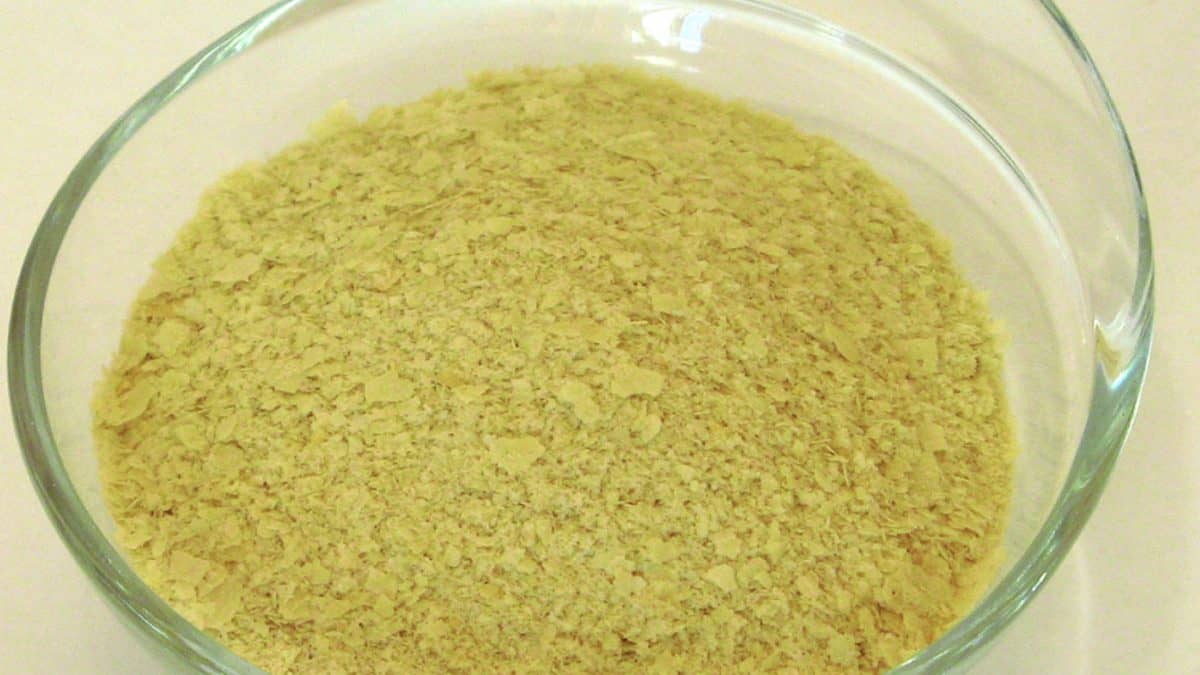 Those with certain autoimmune diseases such as Crohn’s disease should probably not eat nutritional yeast.

Thousands of years ago, some yeast floated down into our flour and drinks, pleasing our palates, and we’ve been regularly exposed to it ever since. Yeast isn’t a problem for most people, but even non-disease-causing microbes could potentially trigger autoimmune diseases like Crohn’s disease in those who are susceptible because their finely tuned immune balance is somehow off. Maybe that’s why bakers have the highest Crohn’s disease mortality and, from a different data set, also have among the highest rates of Crohn’s disease, as you can see at 0:30 in my video Is Nutritional Yeast Healthy for Everyone? Perhaps a “hypersensitivity to baker’s yeast…may play a role in Crohn’s disease.”

However, without a control group, you can’t exclude the possibility of a powerful placebo effect. There hadn’t been any such randomized controlled trials until researchers came up with a brilliant design. They tested people with Crohn’s for antibodies to 16 different foods and then randomized the subjects into two groups. Both groups were told to avoid four foods, but one group was told to avoid the four foods they reacted most to, while the other group was told to avoid the foods they reacted least to. The group assignments were given in sealed envelopes, so no one knew who was in which group until the end. So, did it matter? Yes, more than twice the probability of major clinical improvement was seen in the group told to stay away from the four foods their blood reacted most to—but that wasn’t just yeast. In fact, the “exclusion of milk, pork, beef, and egg was most strongly associated with improvement,” leading the researchers to suggest that perhaps instead of doing fancy blood tests, we should just tell our patients to cut out meat and eggs and see how they do. This would be consistent with population studies that associate “diets high in animal fat” with an increased risk of inflammatory bowel diseases, as well as interventional studies showing that a plant-based diet, in which meat is cut down to about one serving every two weeks, can drop relapse rates as low as an extraordinary 8 percent over two years.

But, what about the whole yeast question? Can’t you just put some yeast up someone’s butt and see what happens? Why, yes! Yes, you can, and researchers have. Indeed, researchers tested rectal exposure to six different foods, including yeast, in Crohn’s disease patients. This was kind of like a skin prick test, but instead of pricking the skin, they pricked the inside of people’s rectums with various foods. You can see at 3:00 in my video the various prick sites for the different foods, and it’s clear that yeast gave the most significant reaction in Crohn’s patients.

It appears that baker’s yeast, which is the same yeast as brewer’s yeast and nutritional yeast, may indeed have disease-causing importance in Crohn’s disease, but the good news would then be that it “may be of therapeutic relevance.” If Crohn’s patients went on a yeast-free diet, would they feel better? You don’t know until you put it to the test.

In fact, that’s exactly what the original study linking yeast and Crohn’s disease suggested back in 1988. “A controlled trial of a yeast free diet for patients with Crohn’s disease may therefore be worth while.” Why did it take years before such a study was done? Well, who’s going to fund it? Big Soda Bread? Thankfully, there are charities like the National Association for Colitis and Crohn’s disease, willing to put up the (yeast-free) dough.

Nineteen patients with Crohn’s disease ate their regular diet for a month and were then switched to a yeast-exclusion diet. There was a significantly higher CDAI, Crohn’s Disease Activity Index, which assesses symptoms like abdominal pain and diarrhea, during the period when they were eating yeast, compared to the yeast-free period. So, there was worse disease activity with yeast than without. Okay, but what was this yeast-free diet? They didn’t just cut out bread and beer. The researchers switched people from dairy milk to soy milk and from white flour to whole wheat, for example. Just cutting out milk can sometimes help with inflammatory bowel disease, as you can see at 4:43 in my video.

So, with so many dietary changes, how do we know what role the yeast played? This is how we know what role the yeast played: After placing the subjects on the new yeast-free diet, they then challenged the Crohn’s sufferers with either a capsule of yeast or a placebo. A tiny amount of yeast, like giving them a quarter teaspoon of nutritional yeast a day, made them worse, suggesting “yeast may be important in the pathogenesis [disease process] of Crohn’s disease.”

Now, for the vast majority of people, yeast is not a problem, but in susceptible individuals, it may trigger an abnormal immune response in the gut. But, wait. I thought the paratuberculosis bug was considered a trigger for Crohn’s disease. Well, maybe infection with paraTB is what “induces a hypersensitivity response to dietary yeast.” Who knows? The bottom line is that people with Crohn’s disease should not go out of their way to add baker’s, brewer’s, or nutritional yeast to their diets.

I introduced this topic in Does Nutritional Yeast Trigger Crohn’s Disease?, then took a bit of a tangent with Is Candida Syndrome Real?. Next, I finish up this video series by talking about another autoimmune disease that appears to be affected: Dietary Cure for Hidradenitis Suppurativa.