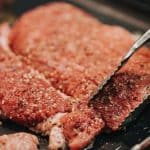 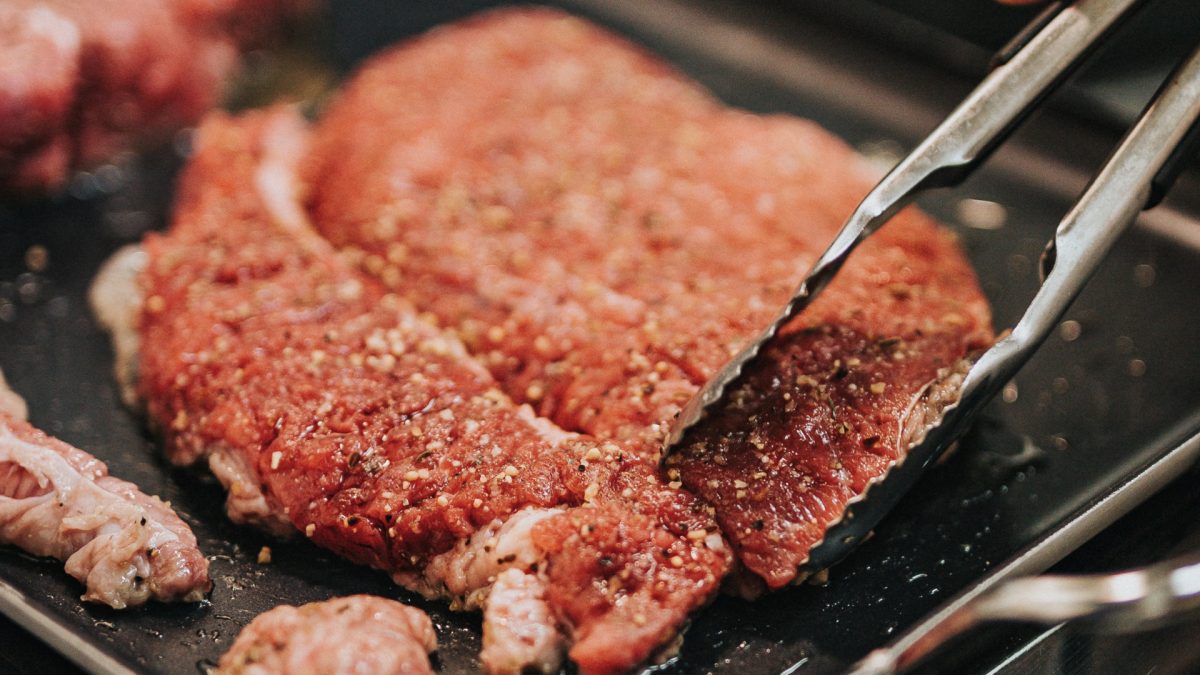 As I discuss in my video How to Treat Heart Failure and Kidney Failure with Diet, one way a diet rich in animal-sourced foods like meat, eggs, and cheese may contribute to heart disease, stroke, and death is through the production of an atherosclerosis-inducing substance called TMAO. With the help of certain gut bacteria, the choline and carnitine found concentrated in animal products can get converted into TMAO. But, wait a second. I thought atherosclerosis, or hardening of the arteries, was about the buildup of cholesterol. Is that not the case?

“Cholesterol is still king,” but TMAO appears to accelerate the process. It seems that TMAO appears to increase the ability of inflammatory cells within the atherosclerotic plaque in the artery walls to bind to bad LDL cholesterol, “which makes the cells more prone to gobble up cholesterol.” So TMAO is just “another piece to the puzzle of how cholesterol causes heart disease.”

What’s more, TMAO doesn’t just appear to worsen atherosclerosis, contributing to strokes and heart attacks. It also contributes to heart and kidney failure. If you look at diabetics after a heart attack, a really high-risk group, nearly all who started out with the most TMAO in their bloodstream went on to develop heart failure within 2,000 days, or about five years. In comparison, only about 20 percent of those starting out with medium TMAO levels in the blood went into heart failure and none at all in the low TMAO group, as you can see at 1:21 in my video.

The question is, why? It’s probably unlikely to just be additional atherosclerosis, since that takes years. For most who die of heart failure, their heart muscle just conks out or there’s a fatal heart rhythm. Maybe TMAO has toxic effects beyond just the accelerated buildup of cholesterol.

What about kidney failure? People with chronic kidney disease are at a particularly “increased risk for the development of cardiovascular disease,” thought to be because of a diverse array of uremic toxins. These are toxins that would normally be filtered out by the kidneys into the urine but may build up in the bloodstream as kidney function declines. When we think of uremic toxins, we usually think of the toxic byproducts of protein putrefying in our gut, which is why specially formulated plant-based diets have been used for decades to treat chronic kidney failure. Indeed, those who eat vegetarian diets form less than half of these uremic toxins.

Those aren’t the only uremic toxins, though. TMAO, which, as we’ve discussed, comes from the breakdown of choline and carnitine found mostly in meat and eggs, may be increasing heart disease risk in kidney patients as well. How? “The cardiovascular implication of TMAO seems to be due to the downregulation of reverse cholesterol transport,” meaning it subverts our own body’s attempts at pulling cholesterol out of our arteries.

And, indeed, the worse our kidney function gets, the higher our TMAO levels rise, and those elevated levels correlate with the amount of plaque clogging up their arteries in their heart. But once the kidney is working again with a transplant, your TMAO levels can drop right back down. So, TMAO was thought to be a kind of biomarker for declining kidney function—until a paper was published from the Framingham Heart Study, which found that “elevated choline and TMAO levels among individuals with normal renal [kidney] function predicted increased risk for incident development of CKD,” chronic kidney disease. This suggests that TMAO is both a biomarker and itself a kidney toxin.

Indeed, when you follow kidney patients over time and assess their freedom from death, those with higher TMAO, even controlling for kidney function, lived significantly shorter lives, as you can see at 4:44 in my video. This indicates this is a diet-induced mechanism for progressive kidney scarring and dysfunction, “strongly implying the need to focus preventive efforts on dietary modulation,” but what might that look like? Well, maybe we should reduce “dietary sources of TMAO generation, such as some species of deep-sea fish, eggs, and meat.”

It also depends on what kind of gut bacteria you have. You can feed a vegan a steak, and they still don’t really make any TMAO because they haven’t been fostering the carnitine-eating bacteria. Researchers are hoping, though, that one day, they’ll find a way to replicate “the effects of the vegetarian diet…by selective prebiotic, probiotic, or pharmacologic therapies.”

For more on this revolutionary TMAO story, see: